Servant Leaders Believe in Their Team 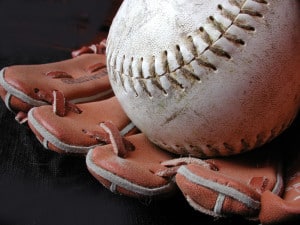 Those of you that know me well, know that I am an avid St. Louis Cardinals baseball fan. Yes, I’m still stinging a little bit from this years World Series.

Growing up in central Illinois, you are either a Cardinals fan, or a Cubs fan. It is one or the other and there is no middle ground. The only thing I enjoy as much as a Cardinal’s victory is a Cub’s loss. But because of that great rivalry, I do keep tabs on what the Cubs are up to.

They just named Rick Renteria as their new manager last week. As a Cardinals fan, I am a little concerned about the hire, as Mr. Renteria sounds like a servant leader, which if that proves to be true, could mean better times ahead for the Cubs.

Things that I have heard that lead me to think this are the following:

Rick was not that great of a player, in fact he had an unremarkable playing career. But notice the pattern in the above comments. He develops relationships, believes in his team, builds them up, and cares most about the well-being and development of his team. He is an optimist. He makes others around him better. This is what servant leadership is all about!

I congratulate the Cubs in hiring what looks to be a great servant leader. Time will obviously tell, as true servant leadership comes through not in what is said, but in what is done on a day-to-day basis. All of us familiar with baseball history know Mr. Renteria has a tall task with the Cubs. This will be a true test of the impact of servant leadership. I’ll look forward to following their progress over the next few years.

I have a funny feeling that the Cards might soon have another formidable foe in the National League Central.

But encourage one another daily, as long as it is called “Today,” so that none of you may be hardened by sin’s deceitfulness. Hebrews 3:13