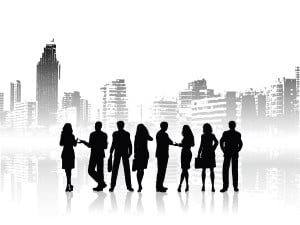 The Bible clearly articulates Jesus’ leadership style and how he was an extremely effective leader. One of the best things we can learn from Jesus is that servant leaders see “People’’ as opposed to “Obstacles”.

I was talking to a business professional last week, and she was mentioning how her boss saw people as obstacles and distractions as opposed to people. This boss had not taken the time to do any of his people’s performance evaluations, has a habit of not showing up at scheduled meetings with people, and when he does make himself available he dominates the conversation talking about himself as opposed to listening to his people’s thoughts, needs, and dreams. This leader clearly sees people as obstacles.

Jesus modeled just the opposite of this leader. For example in the popular story of the feeding of the 5,000, a large crowd of people had followed Jesus and his disciples late one evening. His disciples saw all these people as obstacles as they wanted some time alone with Jesus so they said, “This is a remote place, and it’s already getting late. Send the crowds away, so they can go to the villages and buy themselves some food.” Jesus however saw people and he proceeded to do a miracle of turning a few loaves of bread and a couple of fish into enough food to feed 5,000 people. The people were blessed by Jesus attitude of servant leadership.

At the core we are all self-centered and have a tendency to focus on what is best for us. It is easy to see people as obstacles as opposed to people, when trying to deal with our priorities of each day. When people within your sphere of influence approach you, even though you might be in the middle of a long to-do list, it is important to focus on “Seeing people – Not obstacles!” Take a deep breath, turn to face them, and take the time to listen. They are there to see you for a reason and it’s important to them, thus it becomes worth your time and energy. Your primary role as a leader is to serve your people.

A key to a servant leader’s effectiveness is his/her ability to build relationships with the people within their sphere of influence. That only happens if you are seeing “People” not “Obstacles”. Let’s all become intentional about following Jesus’ lead on this important aspect of leadership.

A large crowd followed and pressed around him. And a woman was there who had been subject to bleeding for twelve years. She had suffered a great deal under the care of many doctors and had spent all she had; yet instead of getting better she grew worse. When she heard about Jesus, she came up behind him in the crowd and touched his cloak, because she thought, “If I just touch his clothes, I will be healed.” Immediately her bleeding stopped and she felt in her body that she was freed from her suffering.

At once Jesus realized that power had gone out from him. He turned around in the crowd and asked, “Who touched my clothes?”

“You see the people crowding against you,” his disciples answered, “and yet you can ask, ‘Who touched me?’ ”

But Jesus kept looking around to see who had done it. Then the woman, knowing what had happened to her, came and fell at his feet and, trembling with fear, told him the whole truth. He said to her, “Daughter, your faith has healed you. Go in peace and be freed from your suffering.” Mark 5:24-34

Mark Deterding believes in being a humble servant leader who is absolutely persistent on driving improvement. He insures clarity of purpose and vision and then creates an environment that will allow for that vision to be effectively carried out. He empowers and develops people to allow them to succeed. For more information about Mark and his programs visit:  https://triuneleadershipservices.com