Servant Leaders Understand the Impact of their Words 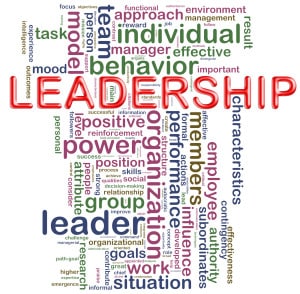 Words are extremely powerful. God created the world with words. Servant leaders need to understand the impact of their words in every situation.

Think about when Jesus was sleeping in the boat with a few of his disciples and a huge storm blew in and was seriously rocking the boat. His disciples were extremely worried that Jesus was not concerned and they woke him up asking for help. Jesus simply said to the wind and waves: “Quiet! Be still!” Three simple words brought calm to the situation.

I was talking to a leader the other day whose organization had just gone through a major crisis. Their Internet connection had been severed somewhere within their community and it had knocked down their email and web connection throughout their entire organization, including their remote locations.

In times of crisis a leader can react in a number of ways:

This leader calmed the storm. He illustrated confidence in his team to do what they knew needed to be done to recover from the situation, and improve it for the future. After the problem was resolved his team thanked him for reacting how he did, and allowing them to do their job to fix the situation. They appreciated his support and the confidence that he displayed in them.

Reacting with positive words, and “calming the storm words” in tense situations can lead to the following:

Servant leaders recognize the power of words. They think first, and then speak. They speak with words that people can understand, words that build self-esteem, words that calm the storm, and they do it in as few and simple words as possible.

How are you doing on managing your words, and using them for the impact that you desire?

Be wise in the way you act toward outsiders; make the most of every opportunity. Colossians 4:5